Are You Losing Money on Your Biggest Customers? Part 1 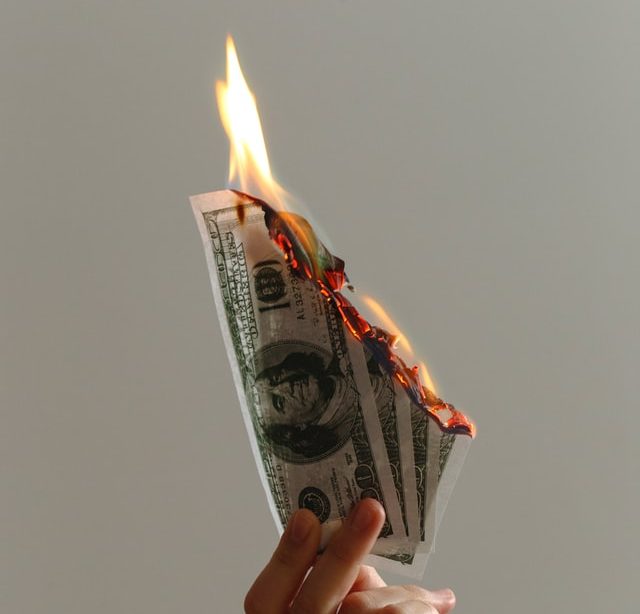 Part One of Three Parts: Revenues vs. Profitability
In the first of a three-part series on how to recognize if you're losing money on your largest customers, Florida CFO Group partners Betsy Bennett, Mark Brown, and Jay White discuss recognizing if you are losing money on your largest customers and the impact of chasing revenues vs. profitability.

How is it possible not to know you're losing money on your largest customers?

Betsy: It's very possible if you're not tracking finances by customer. For instance, in a service business, you might not track the results of each individual customer relationship in your financial records. So, one might be costing you a disproportionate amount to support, and unless you have other mechanisms other than a general ledger, you're not going to detect that.

Jay: This is also true for a producer of goods, an OEM, or a manufacturer.

Mark: Even if you are trying to track some costs or profitability by customer, unless you're doing something such as Activity Based Accounting, you really could be losing a lot of money without realizing it.

Traditionally, profitability is determined by taking your sales by either customer or product and then subtracting materials, labor and some sort of allocation of overhead as well as making an allocation, traditionally as a percentage of sales, for general and administrative and research and development costs.

As an example, I had a client where ten percent of their revenue came from one customer and the customer was outside of their usual business model. It was a job shop that did a lot of engineering. The customer was in the automotive industry where the client was competing with discreet manufacturers and dedicated manufacturers, not other job shops.

Well, if we did an allocation only based upon percentages of revenues, the customer looked profitable. However, almost the entire quality department, which represented a significant cost to the company, was only required because that customer required the client to maintain all the certifications and the automotive quality systems.

Betsy: That's a good point, Mark, because it brings up the difference between direct costs and indirect costs. So there's two ways that you can measure losing money on a customer. One is via direct costs (which is incomplete), and then the other is after assigning indirect costs. Which is why I think there's a higher propensity to have disproportionate costs in service organizations.

Mark: And that's a fairly common problem; very few companies use Activity Based Accounting. Almost everybody uses the old traditional accounting methodologies from the 1920's and '30's when labor and material were the biggest costs.

Mark: Tracking profitability is especially challenging because almost every entrepreneur chases sales rather than profit.

Betsy: Often when you show a client that one of their larger customers is unprofitable, they go through a cycle where they don't want to believe you at first. And then you have to keep presenting the evidence until they're to a point where they can accept it.

Mark: Yes, almost never is it accepted the first time through.

Jay: Well, also there's always the thought on the owner's part, we can't change anything or we will lose this customer. And you have to walk them through and say, "no, the way this relationship is currently structured, we cannot afford to keep this customer."

Betsy: That's really tough for someone who has been conditioned their whole career to chase revenue.

Here's an example of an activity based cost system from my experience with a service organization that had a call center. In a call center environment under a traditional accounting system as Mark referenced, you would have the call center department with a lump sum of labor dollars assigned to it.

And if you had ten customers, you would have no idea which of the ten you were supporting. You would probably have an idea what percent of the time the call center reps were on the phone versus not on the phone, and you'd have other metrics such as the average call duration and the average speed to answer a call. But you wouldn't know how it got divvied up between the ten customers.

What an activity based cost accounting system did in this particular case was when the call center rep answered the phone, they logged in to indicate which of the customers they were on the phone with.

So that's how we found out that the one was taking ten times the average amount of call center time as the others. And it was based on the customer's inefficiencies. So, they were causing us to suffer because they were inefficient in something they were doing.

And the interesting thing with this customer is after we raised their price they walked away, but a year and a half later they came back and agreed to a much higher price.

Mark: Basically, if you think about it, the difference between traditional accounting and activity based accounting is that all the overhead, selling, general and administrative, and research and development costs, you try to put as direct instead of a general allocation.

Betsy: That's a really good point. So really, in a thorough analysis, you want less than twenty percent of your costs being considered overhead. Whereas, if you look at a typical service organization, probably eighty percent starts out as overhead, so you've got to flip it.

In the next part of this series on how to recognize if you're losing money on your largest customers, Florida CFO Group partners Betsy Bennett, Mark Brown and Jay White, will discuss understanding the factors impacting customer profitability.

About the Florida CFO Group

Founded in 2010 the Florida CFO Group provides CFO services and support in raising growth capital, mergers and acquisitions, recapitalization, or structuring to meet ongoing opportunities to Florida's growth companies. The Florida CFO Group's partners have been providing CFO services on a fractional share (part-time) or interim basis over the past decade and specialize in cost-effective financial reporting, budgeting, forecasting, controls and financial management. Each embodies a wealth of financial skills as well as experience in servicing clients in a consultative CFO manner across markets including agriculture, construction and development, government contracting, healthcare, manufacturing, not-for-profit, private equity, real estate, technology, and wholesale and distribution.